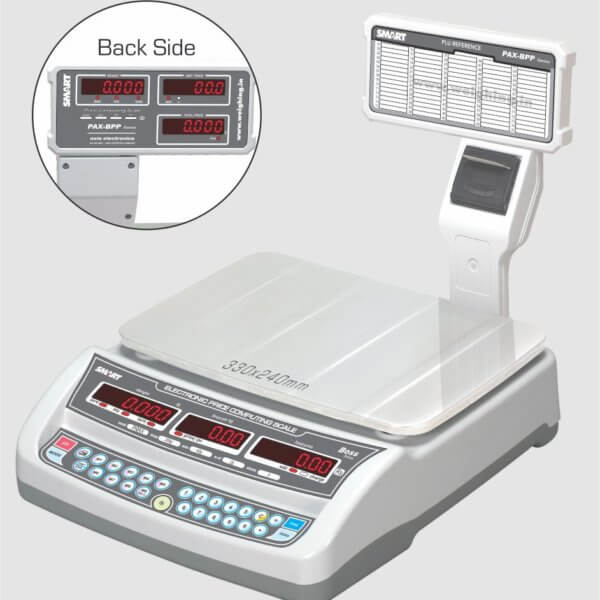 There are no reviews yet.

The PAX series PAX-BPP scale is an accurate, fast and versatile series of weighing scales, loaded with time saving features and ease of customer use. The Scale with built-in 2” Thermal Printer for billing purpose. The scale has three 0.56” LED displays to show weight, unit price and total price – all at the same time There are 2 models in this series, with capacities of 15kg and 30 kg and with least count from 2g & 5g. Both have stainless steel weighing platforms on an ABS pan assembly with anti slip lining. The loadcell is mounted on a dual aluminum die casted mounting providing precise overload protection of up to 200% FS load capacity. The soft touch 28 key keypad buttons are ideally sized, color coded, and bear symbolic tags for easy recalling scale functions. The displays are large easy to read and easy to view in different lighting conditions. The scale is loaded with features like, 250  memory with 9 direct memory access buttons, tare, zero, item naming, direct printing of receipts and much more. The scales feature auto zero tracking to automatically compensate for small fluctuations in zero such as a build up of material on the platform. To extend battery life an auto-off feature is standard the operator can set the auto off timing to between 1 minute and 30 minutes of inactivity to suit the application. Alternatively the auto off function can be switched off, leaving the scale permanently on until switched off by the operator. 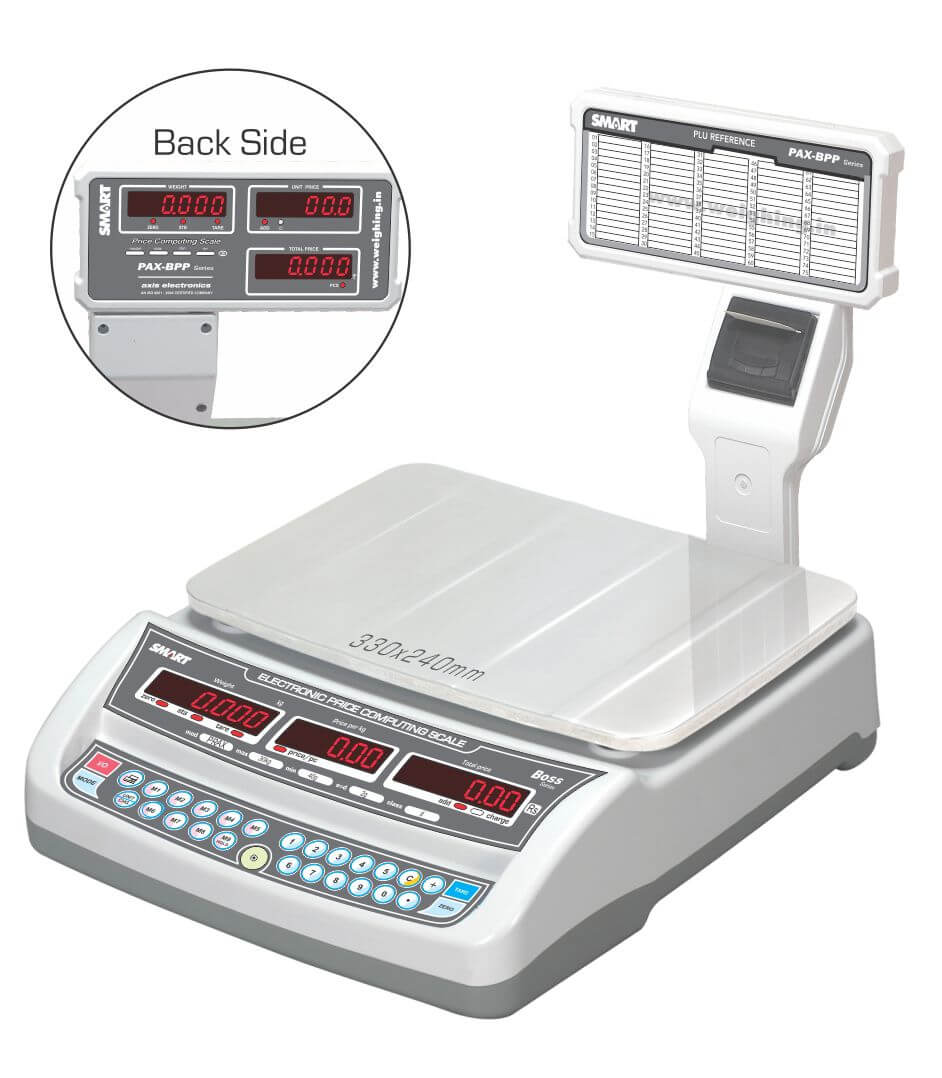 There are no reviews yet.

Be the first to review “PAX-BPP Series” Cancel reply 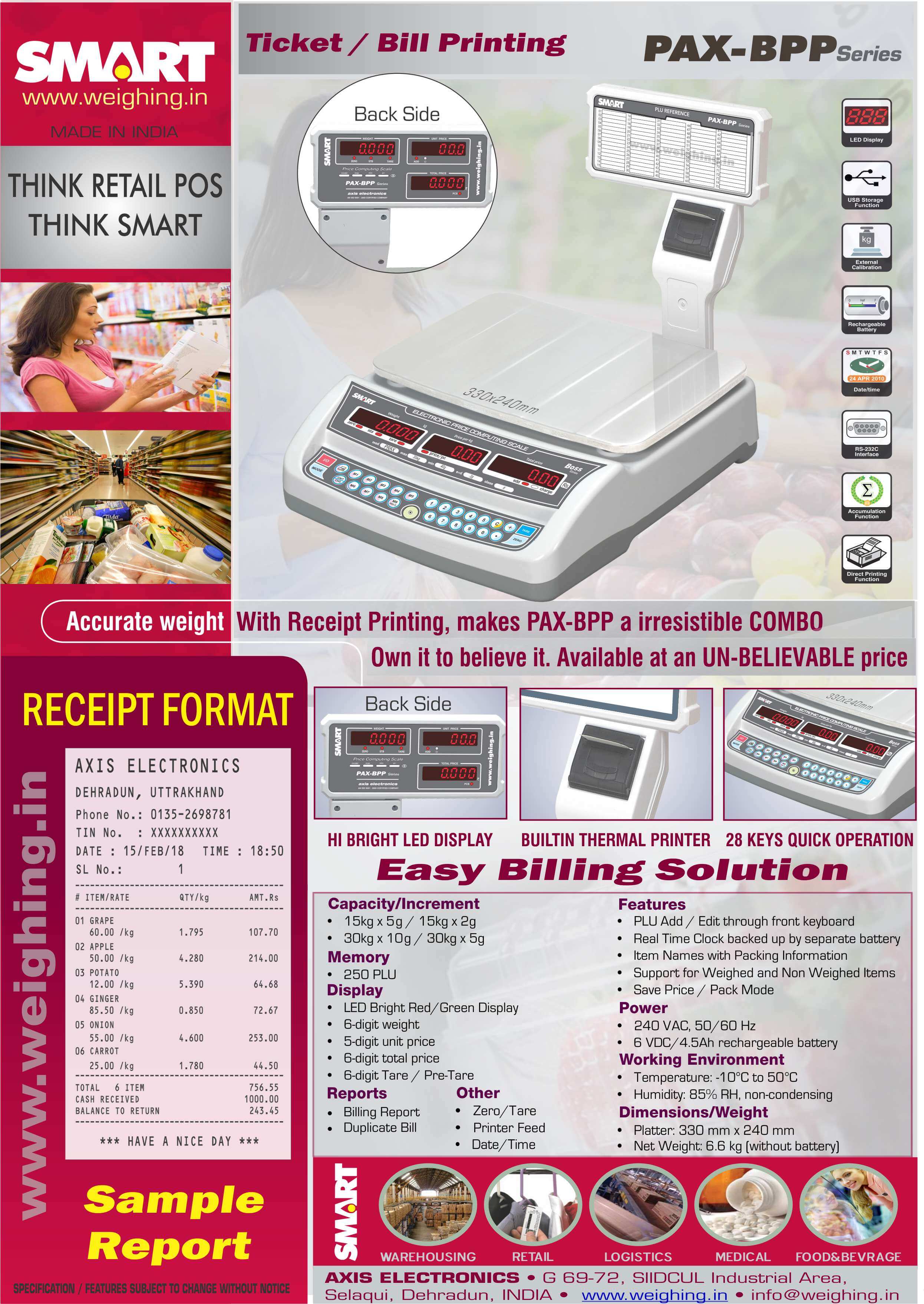